We believe in ourselves, therefore we gaze at the stars and shoot for it.

The world needs lionhearts like us to innovate and to discover!

Compares to traditional mining, cloud computing based mining lowers the barriers to entry for investors.  Hence it became one of the most sought-after investments at present. Globally there are over 50 cloud based mining platforms.  Together they account for more than 80% of the cloud mining market. Multiple cryptocurrency exchanges, wallets and media communities have entered this market.

In the same manner, the sale and transfer of mining power is similar to crowd funded mining.  It mitigates any mining risk proactively. In theory, cloud based mining is a win-win arrangement.

For mining investors, the most concerning issue is the return on investment (ROI) and the safe circulation of their capital. Enormous as the blockchain mining market is, an odd phenomenon still haunts it: investors are often challenged by monumental gridlocks of their capital that renders them unable to recover their assets easily.

As one of the three major digital assets being mined, BTC’s current payback period is 500 days.  A mining machine’s life cycle profit is less than 1.5 times of its cost. ETH has a payback period of 350 days.  During the life cycle of the ETH mining machine, it generates 2~3 times of profit versus its cost.  Filecoin, on the other hand, would have broken even in 4 month time were it not for the official upfront token collateral and the 180 days linear release mechanism.  With these mechanisms in place and if we cut the current Filecoin price by half for our calculation purpose, it would take Filecoin investors around 1 year to recover their investments.  That is about 3~5 times of profit over cost.  Therefore, if coin value stops increasing, the payback period will be prolonged as the revenue is delayed.

Investors are enthusiastic in Filecoin because it is one of the most valuable assets among the blockchain financial market. For individuals and miners, cloud based mining is an ideal investment method. The core principle of mining entails that effective mining power dictates the profit.  Afterall, Filecoin mining has to undergo a ‘cold start’ procedure.

But Filecoin miners have to solve the token collateral challenge on their own. Due to Filecoin’s economical parameter settings and insufficient token release, one could not start mining without putting tokens as collateral.

As a result, the return of Filecoin mining is reduced.  Most mining products have rather long payback period and relatively low profit margin.  Investors are therefore discouraged from participation.

Following is a list of challenges facing traditional cloud based mining market:

When the old order collapsed, when human beings no longer rule over all things, when the trust between people becomes perilously fragile, when the enormous mining power market cease to be flexible and transparent, the future world which builds upon blockchain’s core value, will suffer a grievous lost in confidence.

DMEX is dedicated to provide an open and flexible decentralized mining power financial service platform. DMEX is developed by a blockchain technology team in London.  It provides an unique NFT based on Erc721 protocol.  At the same time, it is also compatible with the sidechain of Ethereum underlying protocol.  It also adopts communal DAO governance concept and various financial derivative instruments. As a result, user will witness a reduction in economical loss caused by non-transparency in mining power information. DMEX will start with the Filecoin mining power market.  After that, it will expand to BTC, ETH and other mining power products with similar market needs.

DMEX platform transforms mining power assets into NFT tokens (non-homogeneous token).  This enables the immobile mining machines and mining power to circulate in the market.  Owners of mining power can collateralize or sell the mining power in exchange for working capital.

Good wine needs no bush. True voyagers will always find their own paths instead of jumping on the bandwagon. 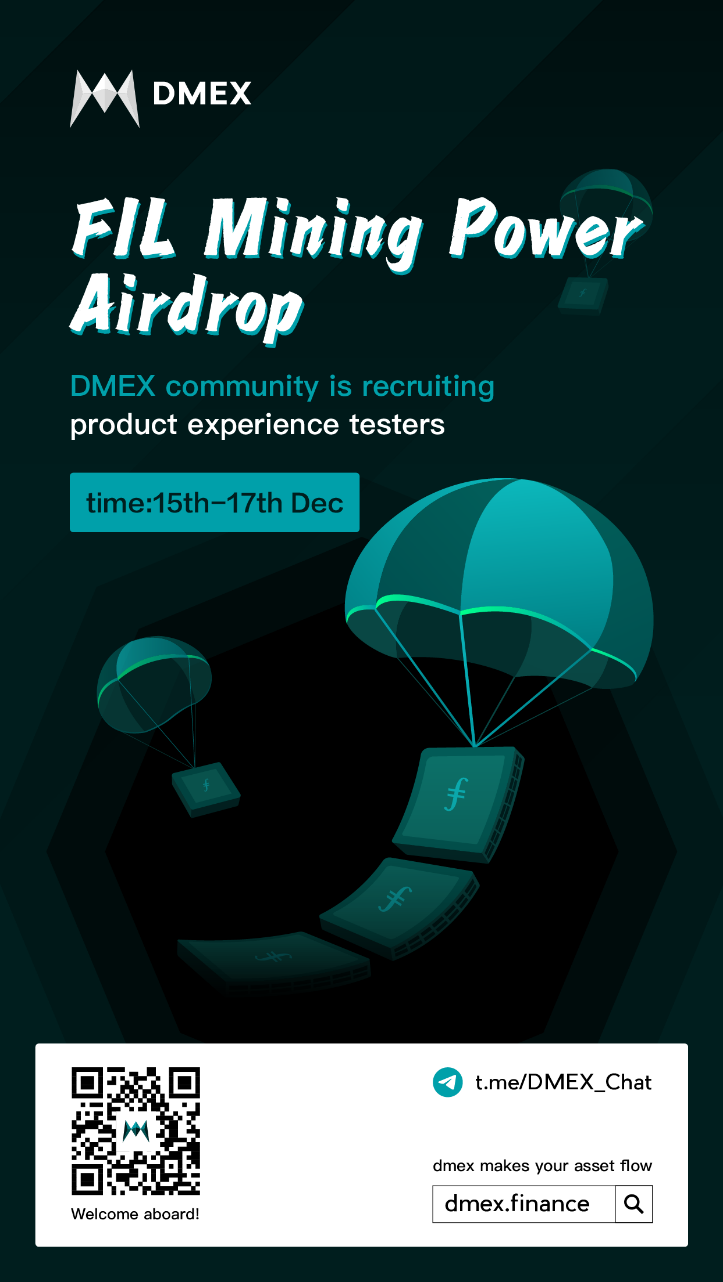